The Finance Bill 2021 was signed into law in December 2021. It introduced a number of significant changes to pension rules, including the removal of the AMRF (Approved Minimum Retirement Fund). These changes were based on some of the recommendations detailed in the report produced by the Inter-Departmental Pensions Reform & Taxation Group (IDPRTG).

There are both positive and negative potential implications to come from these changes for clients who are retiring or who have already retired, as will be discussed below…

In general, however, we welcome these changes as the associated restrictions on AMRFs were regarded by many as no longer fit for purpose.

What was an AMRF?

Previously, before an individual could take out an ARF (Approved Retirement Fund), up to €63,500 of their fund would have been needed to purchase an Approved Minimum Retirement Fund or AMRF. At age 75 the AMRF would then be converted into an ARF. If the person had a guaranteed income of over €12,700 per annum including the state pension then an AMRF was not required.

The purpose of the AMRF was to help pensioners secure their income throughout retirement by protecting them from drawing too much income from their pension funds, if they had a guaranteed pension income less than €12,700 a year.

2. Legislative rules and conditions applying to AMRFs were repealed with effect from 1 January 2022 – and Fund Managers cannot accept any assets into an AMRF after 1 January 2022. 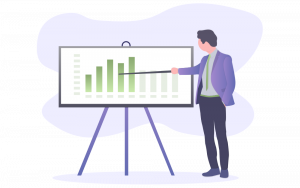 At retirement, you will no longer need to meet the following requirements:

Additional changes made, as follows:

I have an AMRF, how will this impact me?

The changes will impact many clients who held AMRF policies – for example those who, until now, did not satisfy the guaranteed income requirement (€12,700) and/or those who due to their age (under 66) meant that they were not yet in receipt of state pensions.

It will also impact, in some cases, those who had reached state pension age but did not receive the maximum rate of state pension and meet the threshold of €12,700 – for example, due to gaps in their Pay Related Social Insurance (PRSI) record.

On 1 January 2022 your existing AMRF plan automatically became an ARF, and the legislative rules applying to ARFs now apply to these former AMRFs.

I have a vested PRSA restricted fund, how will this impact me?

What is a vested PRSA?

It is a PRSA where the Retirement Lump Sum has been paid out and the residual fund remains in the PRSA rather than transferred to an AMRF.

The above changes to AMRFs also apply to vested PRSAs:

The restricted fund requirement is now removed from your vested PRSA.  This change will give you greater flexibility regarding your withdrawal options.

The requirement to purchase an AMRF for those without a guaranteed income of €12,700 has now been removed.

As a result, should you choose the “ARF Option” for your residual fund, you can now allocate the entire residual fund (after the Retirement Lump Sum is paid) to your ARF – or to a number of separate ARF policies – or to a combination of ARF and/or Annuity.

You may also take the residual fund as a once-off taxable cash payment. 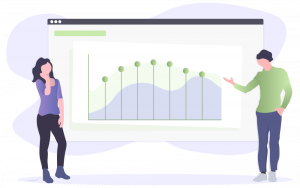 Prior to 1 January 2022, the maximum withdrawal that was allowed from an AMRF was 4% per annum. Given the recent changes, if you previously held an AMRF policy, you may be tempted to take large withdrawals or fully encash the policy.

This may be essential in cases of illness or financial hardship, but be advised that significant withdrawals or full encashments may result in early surrender penalties and will likely be taxed at your marginal rate of income tax, USC, and PRSI (where applicable).

When a full encashment is made in any given year, this could result in a higher tax on those funds when compared with taxation where the funds are withdrawn on a gradual or phased basis over a number of years. 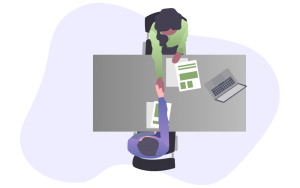 You may have additional options and possibilities as a result of the changeover from AMRF to ARF.

For advice in understanding your available options, speak to our Financial Advisors who will be able to guide you appropriately.

Need to speak to a Financial Advisor?

Fill out your details and enquiry below, and one of our Qualified Financial Advisors will get back to you shortly.

Smart Financial
5.0
Based on 9 reviews

Tony Tyrrell
06:36 26 May 22
Kian was excellent from start to finish. He explained the process and was always on hand to to answer all questions.

Amy Rochford
14:19 18 Nov 20
Smart Financial were recommended to me by a colleague when I was trying to work out my pension, savings, and secure a mortgage. Mark and his team were very friendly and professional, and were able to demystify the process for me. I work in the public sector and was given great advice on my pension, investments and savings, and feel confident that I have a long term financial plan. Would recommend.